The GUS Human Solidarity Group "Guido Puletti" is an NGO (non-governmental organization) which was established in 1993 by a group of volunteers organized spontaneously to help people affected by the war in the former Yugoslavia.

It began operating in December 1993, when Europe faced the first post-wall regional conflict. Just in the days when the idea of ​​giving life to the GUS takes shape, the first Slavic conflict enters the homes of Italians.

On May 29, 1993, a convoy of humanitarian aid organized by Italian volunteers was attacked by Bosnian "irregular soldiers". Only two operators manage to save themselves, while three of them are killed. Among them Guido Puletti, an Italian-Argentine journalist, who ceases to live on that spring day.

The Human Solidarity Group takes its first steps in the name of Guido Puletti and peacemakers, real giants of our times, lay examples of how alongside the repetitive history of conflicts and exterminations there is another story, that of human solidarity .

In these 25 years the GUS has made the protection of human rights, respect for cultures and secularism in humanitarian aid the basis of its interventions in international cooperation, in emergencies and in reception, in Italy and in the world, also thanks to the support of institutions, public and private, and the generosity of donors.

The GUS intervenes since 2001 in support of the populations that reach Europe in search of protection, managing on the national territory "widespread" reception projects in 6 regions: Emilia-Romagna, Marche, Abruzzo, Puglia, Lazio, Sardinia.

In Italy the GUS has also intervened in support of the populations hit by the earthquake, as a psychological support and with social rehabilitation projects, after the seismic events in the Marche (1997), in Molise (2002), in Abruzzo (2009) and in Central Italy (2016).

The Human Solidarity Group also promotes cooperation and development interventions. In Sri Lanka since 2005 he manages the Human Solidarity Children Village, a reception center for twenty children and adolescents victims of violence and abuse. It is also present in Albania and has carried out projects to support child victims of abuse and neglect in Argentina and India.

Every year the GUS promotes projects of Universal Civil Service and volunteering projects for young people and students.

In 2018 the GUS produced the short film "OKIKE, a history of integration". Written by Leonardo Accattoli and Edoardo Ferraro, directed by Edoardo Ferraro, tells the story of an asylum seeker, Okike is his name, which is preparing to face the Territorial Commission which has the decision on its request for international protection.

Okike recounts the difficulty of living with the trauma of flight, violence, exile and solitude, with a kind of lightness, showing the efforts of the protagonist who has a world inside, but does not have the means or the capacity to recreate it. Like many migrants who come to Italy with a tragic history behind them, but paradoxically it is a story too similar to many other "migrant stories". This is why Okike decides to tell his story through a film. Okike is therefore the story of the film that the protagonist brings before the Commission that will have to decide its future. 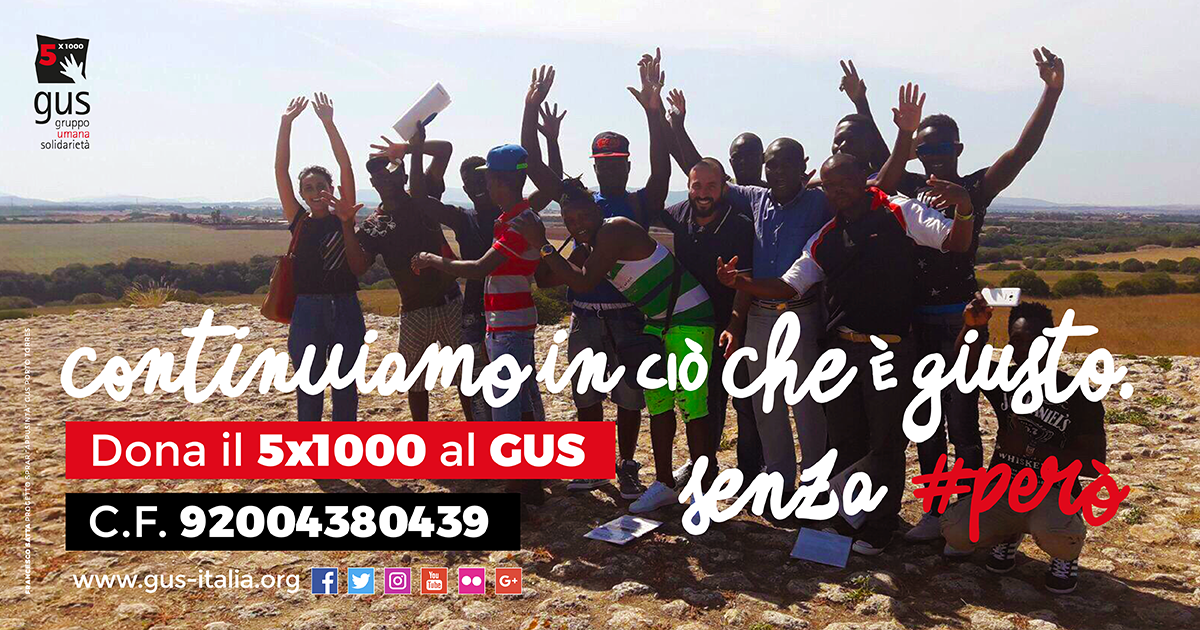